The intricacies of the global tax system tend to enthuse a limited group but there is a major shift underway in how global corporates pay tax. For the last two years the OECD has been working away on creating a new series of guidelines for national governments to implement corporate taxation regulations and we are starting already to see the impacts. The Base Erosion and Profits Shifting (BEPS) guidelines were presented to the G20 grouping in October.

The announcement that Google is to pay back taxes of £130 Million in the UK can be seen to be part of this shift. A key feature of the new OECD guidelines is to reform the notion of ‘Permanent Establishment’ (PE) and to limit the ability of companies to move profits to lower tax jurisdictions. Profits will now be paid in the location where the ‘essence’ or ‘value’ is created.

These regulations are going to put some new demands on global corporates to report on the scale of their operations on a country by country basis and critically to track mobile employees that help to create this ‘value’ or profit.

Now that large tax jurisdictions like the UK and US will have a consistent approach to taxation will they move their tax rates to a lower more consistent rate so that global corporates will be able to better predict their future tax obligations ? If tax rates are palatable then there is less need to move profits to lower tax jurisdictions.

Are we on the way to a harmonised global corporation tax rate ?

Global Tracker is an innovative & proactive tracking software for the business traveller. For more information or a demo of our tracker software, please contact Liam Brennan. 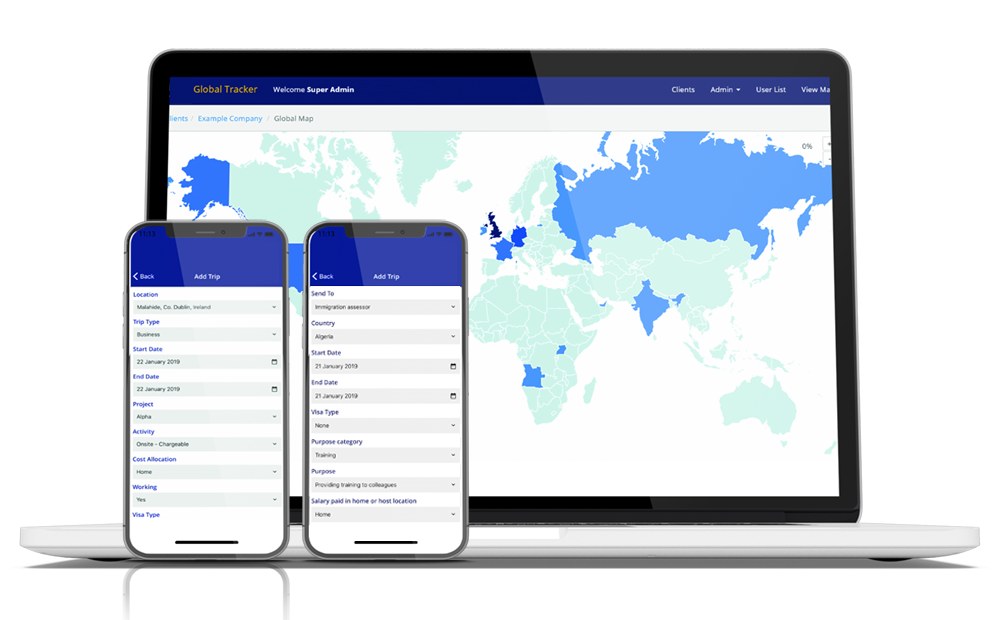